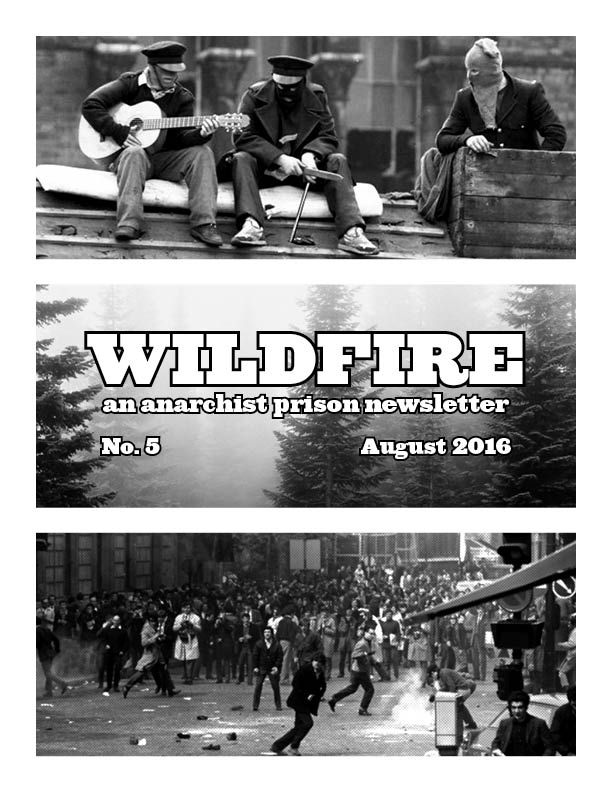 CONTENTS
–“Time…is Never Worth My Time” by Boots
–“Assuming the Risk of Demanding Real Social Change Requires Imagination and Daring” by Lacino Hamilton
–“Free Trans Political Prisoners” by Jennifer Gann
–“Oppression of Religion Inside” by Thomas Derring
–“Wake Up and Smell the Coffee” by Todd Shepard
–“We Hear You” by Provisionals
–“No Correction, Only Coercion” by Woody
–“The Untold Story” by Michael Kimble
–“A Message to a Message” by Anarcho-Faheem
–“Identity Crisis: Who Am I?” by Blacc Lion
–A letter from Luke O’Donovan
–“Violence is the Answer” by Sean Swain
–“Birth of the Free Virginia Movement” by the Free Virginia Movement Collective
–“The Parable of the Boiled Frog: The Virginia DOC’s Protracted, Low-Intensity War Against a Complacent Prisoner-Class” by Uhuru B. Rowe
–Another installment of Buckin in the BOP by anonymous
–A chronology of the past few months of anarchist action and prison rebellion 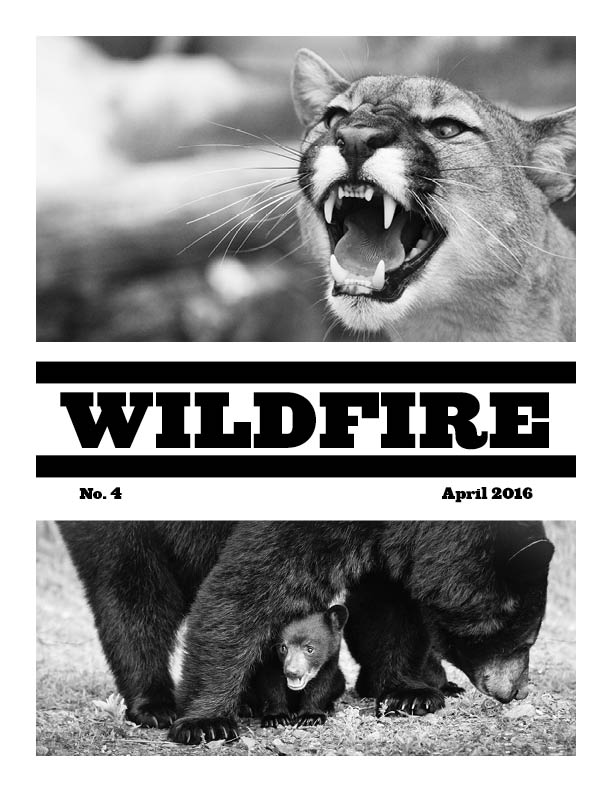 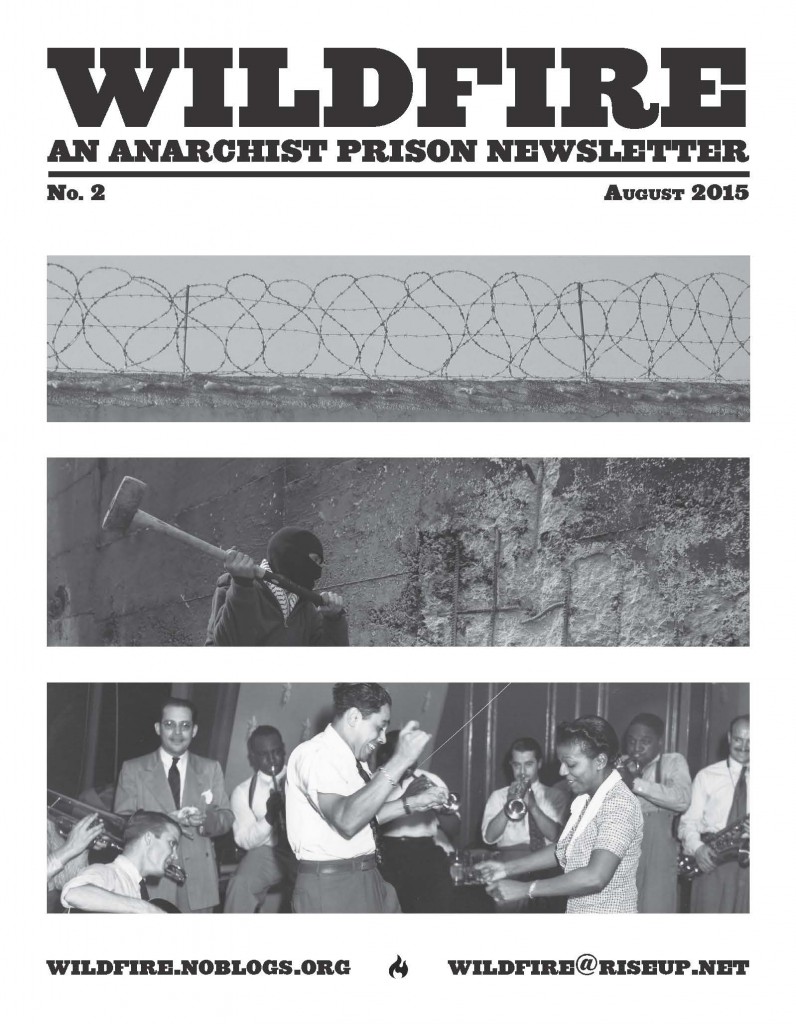 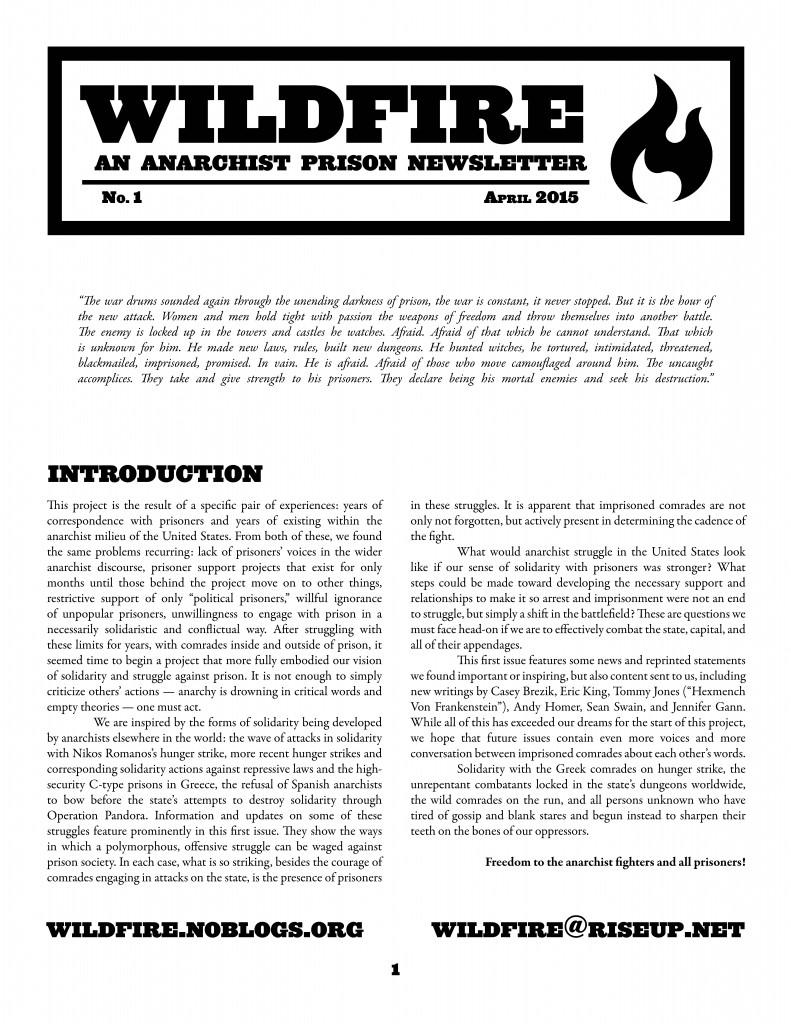 CONTENTS
– “Against Democracy, For Anarchy: Anarchist Responses to Operation Pandora”
– “Hour of Vengeance: The Struggle Against the C-type Prisons in Greece”
– A chronology of other attacks on the social order
– A letter and an update from Andy Homer
– A Letter from Casey Brezik
– “Visions, Not Blueprints” by Connor Stevens
– An introduction by Jennifer Gann
– An appeal for solidarity from Brandon Baxter
– “Direct Action” by Sean Swain
– Sentencing Statement of Jason Hammond
– “Inner Anarchy” by Tommy Jones
– “To My Comrades” and “Up the Ante” by Michael Kimble
– Some words from Eric McDavid after his release
– A call to support Dante Cano, a young anarchist facing charges in the Bay Area